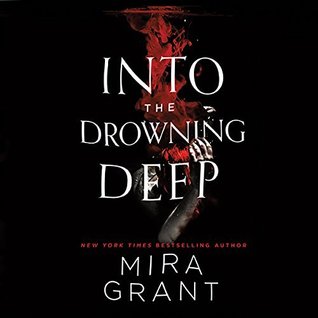 I’m still relatively new to audiobooks. During February, I tried to only start books written by women. I picked up Into the Drowning Deep as I was looking specifically for horror titles, and this seemed a good choice on Audible.

I was not wrong.

Into the Drowning Deep tells the story of a group of scientists, searching for mermaids. Prior to the events of this book, another ship had searched for the same, mysterious creatures, only for the ship to disappear along with everyone on board. All that remains is footage of what looks like a mermaid, attacking those involved.

Victoria Stewart’s sister was on board the ship, and she searches for some way to make sense of what happened. When she’s approached and offered a chance to join the new voyage, she takes the chance.

Christine Lakin, the narrator for this, did an absolutely fantastic job. Audiobooks are not something I’m used to, but Lakin really did well to bring every character to life in the dialogue.

The atmosphere builds up really well, and it becomes easy to imagine the main setting of the novel, the huge cruise ship full of scientists and models-dressed-as-security. The real nature of the company behind both ventures is clear, but the individual characters all have their own motives and desires, threaded throughout the story and driving them forward.

Whether it’s searching for answers, validating their life’s work, or just being part of something amazing, each character is fully realised, drawing the reader in and allowing them to understand even the most minor characters.

The book really shines in the second half. Like most good horror, after we’ve met the characters and formed a relationship with them, the fun really begins, and Grant doesn’t hold back, teasing us with her use of tension and buildup of suspense.

I’m really glad I listened to the audiobook for this one, as Lakin really adds that extra punch to the story, and was easy to get absolutely lost in the story. If you’re looking for creepy, sea-based horror – with an interesting, diverse cast of characters – this is definitely one to check out.