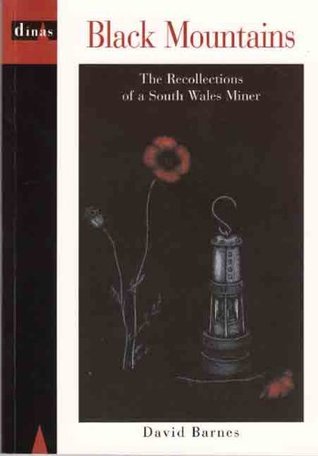 I have a current WIP which needs research, mostly research into mining, specifically in the Welsh Valleys, preferably around the end of the 19th Century into the start of the 20th. Which is the main reason I picked up this book, hoping it would shed a little light on miners, their way of life, and how the mines operated.

This provided some of that, and a lot more to boot.

The title is perhaps a little misleading. There is much more to Alf Gordon’s story than being a miner. The book is written as a conversation between Alf and his grandson, with questions providing section headings. The book takes the reader on a journey from Alf’s childhood, growing up in poverty, yet close to wealth as he was born and lived on a Lord’s estate.

This book is a really interesting look at Welsh life at this time, told in a conversational, casual way that really does make it feel like you’re having a conversation with Alf. The guy lead an interesting life, becoming a miner and avoiding one of the worst mining disasters of that period, then becoming a solider and joining the fight in World War One, surviving the Battle of the Somme.

The book is overall easy to read. The most distracting thing about it was the amount of names, but they’re mostly easy to follow, and certain aspects feel skimmed over, but that’s understandable considering how much this book actually covered.

I think this is a really good look at someone’s life, written in a way that makes it easy to follow and doesn’t feel dry. It’s easy to hear Alf’s voice, and it gives the sense you could be sitting at a fireside, with a whiskey, having a chat with the guy. It also covers a very interesting period, when mining was changing to become safer, and gives good insight into the sort of lives people lived at the start of the last century.

If you have an interest in history, I highly recommend this book. It was an enjoyable read, providing a lot of information for more research and some extra stuff outside of it, too.