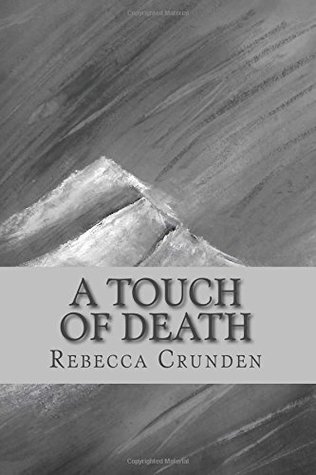 Catherine is content in the world she lives in. The daughter of the King’s Hangman, she lives in comfort and safety, oblivious to the real dangers lurking outside her home. She is in love with Thom, but when his brother Nate returns one night, Catherine finds herself accompanying him on a short overnight journey which ends in disaster.

Discovering they are both infected, Catherine and Nate face two options: stay and face whatever awaits them in the hands of the king’s men, or flee.

A Touch of Death is a different take on the dystopian subgenre, with this world so far removed from ours it’s hard to really pinpoint it as our world, but with plenty of hints to show how we could get from this point to there. It’s a world ravaged by disease and pollution, where those in power care more about clinging onto that power than protecting anyone around them.

There are aspects in here familiar to those who have read dystopian novels before – corrupt government, unhappy population ruled by fear, a decaying world – but Crunden really uses these to her advantage, and her characters sparkle with life.

The story is gripping, taking the reader on an adventure across this strange world, leaving them trying to work out who to trust as much as Catherine and Nate do. And through it all, we’re left wondering how things will end, whether the pair will be saved by any miracles.

Crunden has created a dystopia that feels different to those I’ve read before, one where the dangers aren’t as obvious as they first seem, while using some familiar elements to show the stark contrast in those who have grown up with privilege, and those who haven’t.

This was a really interesting dystopian book, tackling a variety of themes and having, at its centre, really engaging characters who change and progress throughout the novel. For me, this is a strong recommendation if you’re looking for something a little different.